Washington, D.C. – Congresswoman Yvette D. Clarke released the following statement on the Protect Our Sanctuary Cities Act, a bill she introduced that would end Donald Trump’s executive restrictions on sanctuary cities and prohibit the expenditure of funds to enforce these provisions. In addition, the bill would require the Department of Homeland Security to present a report to Congress within thirty days explaining how the agency could build trust with immigrant communities.

“During the presidential campaign, Donald Trump repeatedly threatened to punish New York City and other communities that want to protect immigrants and their families. His executive order on immigration, by denying counter-terrorism funds to sanctuary cities, attempts to enforce that pledge with a threat.

“We are a sanctuary city because all people, regardless of their immigration status, should have the ability to access critical services, such as the protection of police and firefighters and the ability to send their children to school. Without sanctuary in New York City, undocumented immigrants are forced to live with the fear that any contact with the government – even a call to the local police precinct to report a crime – could result in deportation. Nobody in New York City should have to live in fear of Donald Trump. As a result, this executive order undermines the safety of our entire community. We should build bridges, not walls, between Americans. I urge my colleagues to join me in resisting Donald Trump’s cynical efforts to divide our nation.” 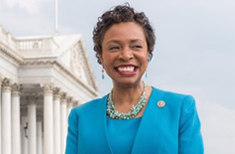